PlayTime Pet Sitters & Dog Walkers of Colorado Springs does not subscribe to the utterly false stereotype of dogs being overly keen to be loved by their owners and cats not being keen enough. We believe every animal is extraordinary and have scoured the net for awesome stories of wụnderpets to prove it. There are many. And yes, several involve cats. A few in particular caught our eye.

Masha, a long-haired cat in Obinsk, Russia, came to the aid of an abandoned baby boy to prevent him from freezing to death. Laying next to him she used her body heat to warm him and meowed for the attention of passersby. Temperatures in Obinsk were in the 30s that day and the baby had already been out in the cold for a few hours. Cared for by locals, Masha’s meows alerted one of them who followed the cat’s cries to where both she and the baby lay.  The boy, who was quickly taken to hospital and examined by doctors, was said to be in good health.  Read the full story 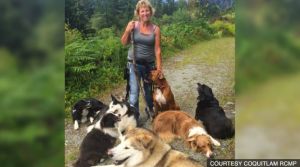 A recent online story by the BBC told of how a puggle (Bubba), a boxer (Roxy) and a border collie (Chloe) kept their Canadian owner alive for over two days in the wilderness. Annette Poitras, 56, was walking her three dogs in the British Columbia backcountry when she fell, injured herself and lost her phone. One dog ‘cuddled’ her, one stood guard and the third went in search of food until they were all rescued by searchers. Read the full story 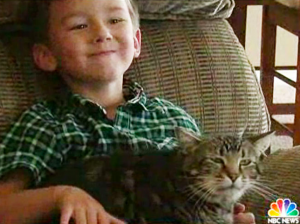 Tara, a California cat, saved her very young owner, Jeremy, from the vicious attack of a dog by hurling herself into the dog’s side then chasing it away. Jeremy was playing just outside his home when the dog attacked, catching hold of his leg and violently shaking him. Thanks to Tara’s courage, little Jeremy walked away with 10 stitches. “It was pretty amazing to see just a cat take on a dog and so selflessly just put herself out there and not worry about if she was going to get bit or injured herself,” said Jeremy’s father after watching the security video which now has over 25 million views on YouTube. “I think that dog did not know what hit him.” Read the full story

Want to join the discussion?
Feel free to contribute!